Slieve Beagh is often maligned by hillwalkers for being bleak, featureless and generally hard work, but I’ve had a soft spot for it since my first visit back in 2009.

I returned to this extensive area of blanket bog, gentle peaks and hidden loughs at the weekend, to walk a route I’d wanted to try for a long time: a north to south traverse.

Most people approach Slieve Beagh from either the southeast in County Monaghan (usually to reach the highest point in the county, known as Slieve Beagh East Top) or from the south in County Fermanagh, like I did on this earlier visit.

This time our plan was to start from the north in County Tyrone, visit the summit and finish at the opposite side in Fermanagh. We left one car at our end point at Muckle Rocks car park on the Sliabh Beagh Way, and drove around to the northern slopes, parking on a verge by a crossroads 3.5 miles south of Clogher village (H541474). I’d visited the summit from here back in 2010 but it was an out-and-back route. 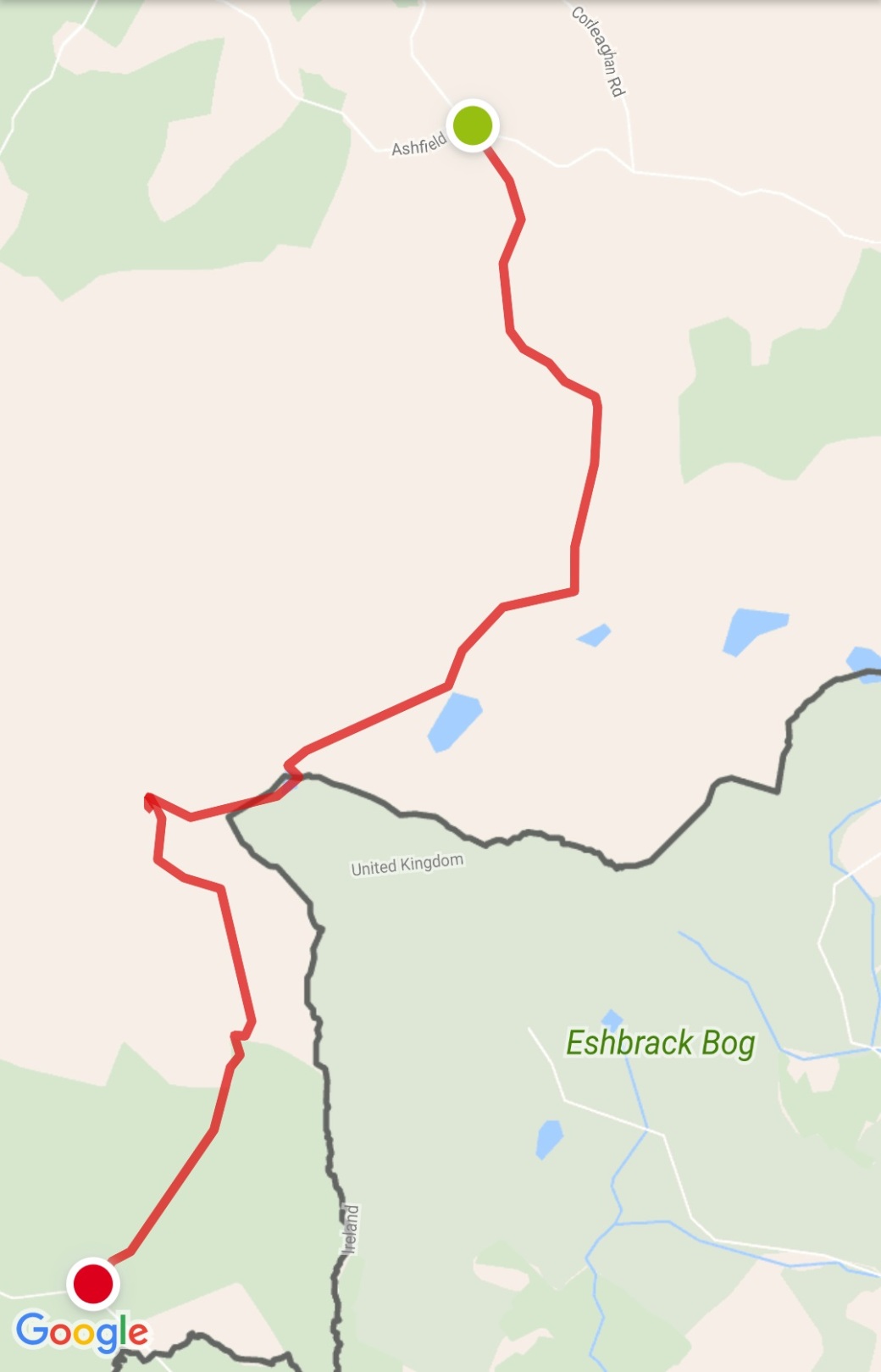 A (not very detailed) map of our route; note that Monaghan now seems to be in the UK

Our route took us through patches of forest via a little used farm track (which at one point had seemingly been swallowed up by a bog slide), onto the open hillside, and past several lakes to reach the summit area. From there we descended via the rocky hillock known as Shane Barnagh’s Stables (named for a  17th century outlaw) towards Mullaghfad Forest and the Sliabh Beagh Way.

I didn’t take many photos because of the dull skies and poor visibility; conditions which made this already challenging landscape perfect for my hiking companion Canice to practise his navigation skills. On a clear day this could be a very scenic route though, with views stretching over the Clogher Valley to start with and then further afield to include the Sperrins, Cuilcagh and Slieve Gullion.

Below are some sights we did capture along the way. 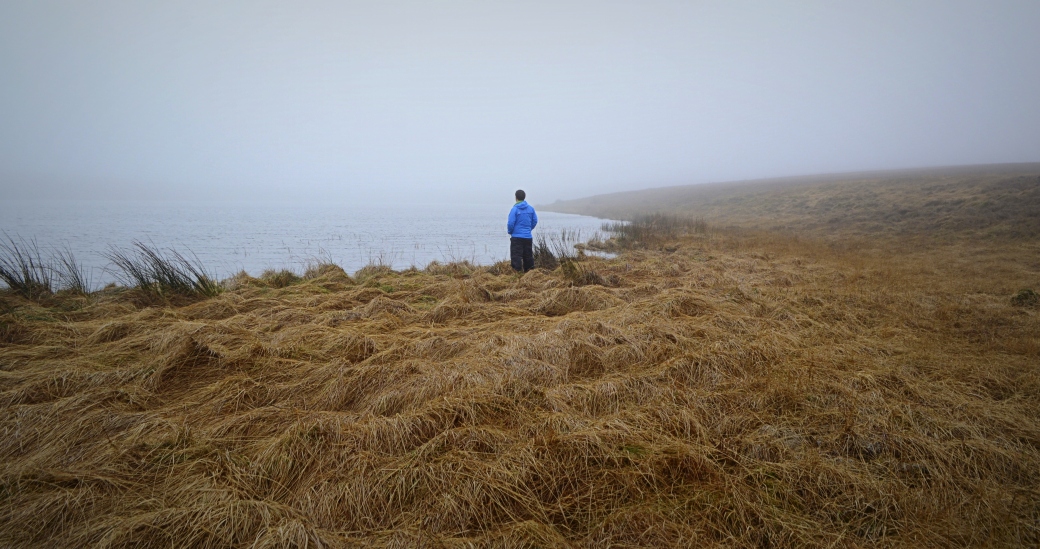 Me at the shores of Loughanalbanagh, the largest of the lakes we passed. It had a moody atmosphere in the heavy mist and you could imagine you were by the coast. I always think there’s something special about these out-of-the-way upland lakes. I’d say very few people have seen this one in the past year.

Lough Sallagh, the highest of the many small lakes dotted around Slieve Beagh. I’ve visited it many times as it is close to the summit and just below the East Top. I’m standing just inside Tyrone, but the lough is shared between it and Monaghan.

Canice straddling the tiny stream coming out of Lough Sallagh, forming the border between Tyrone (left) and Monaghan (right) and also Ireland’s North and South. Hopefully this crossing will still be as straightforward after Brexit. 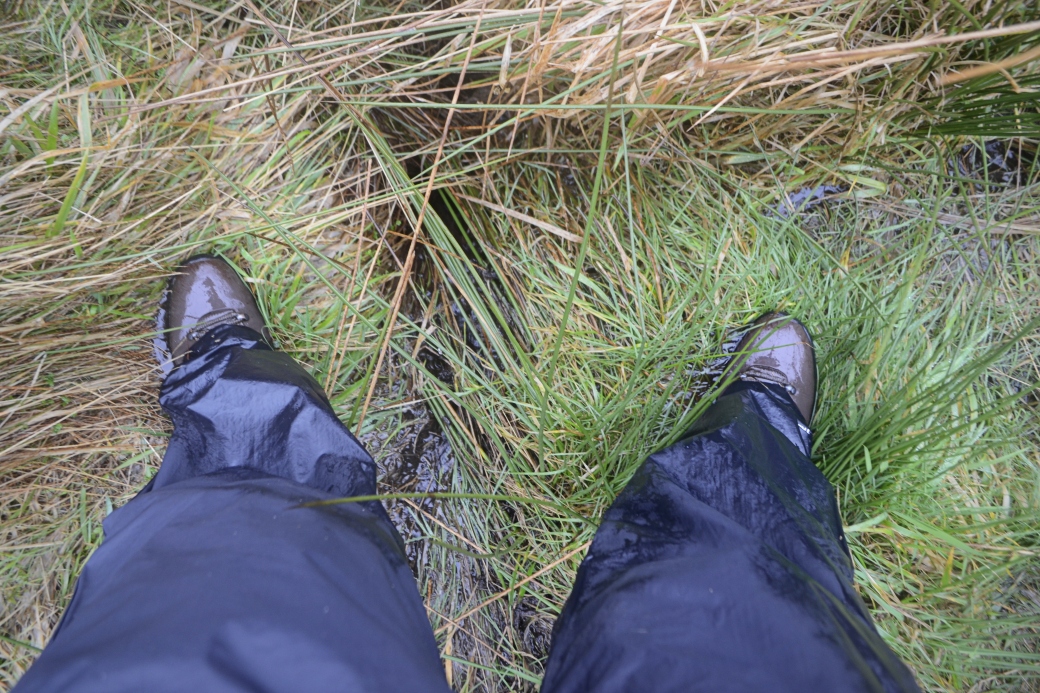 Me doing the same, with my left foot in Tyrone and right in Monaghan. Sadly I have a collection of these photos from Slieve Beagh now.

After leaving the summit, we kept spotting frogs leaping around the bog beneath us, their mating season likely accelerated by the recent warm temperatures. I was able to get close enough to some of them to take photos on my phone. 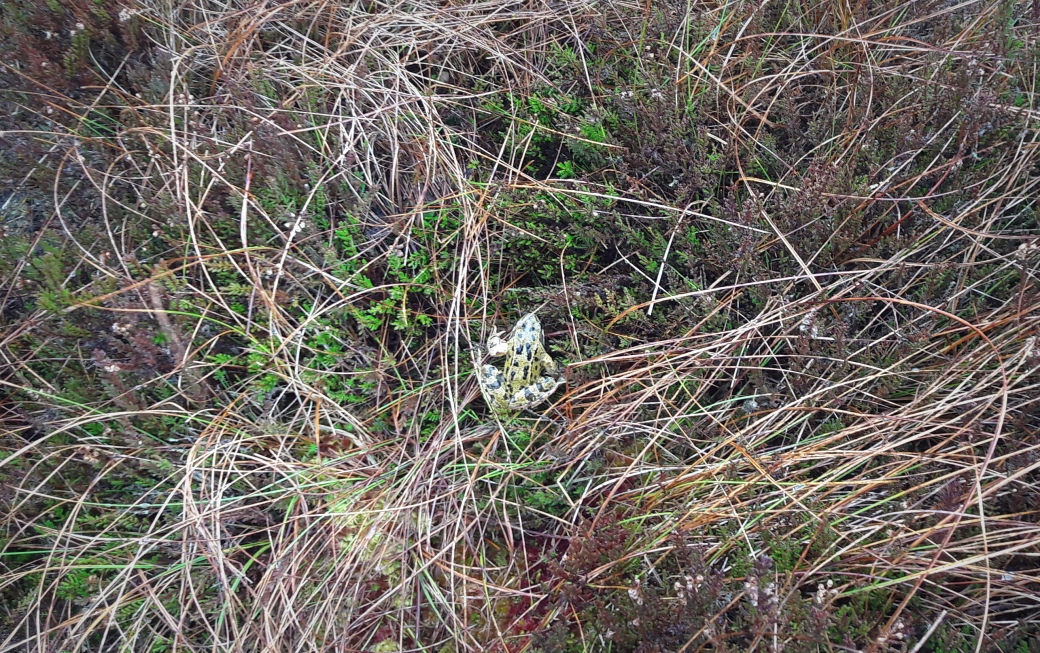 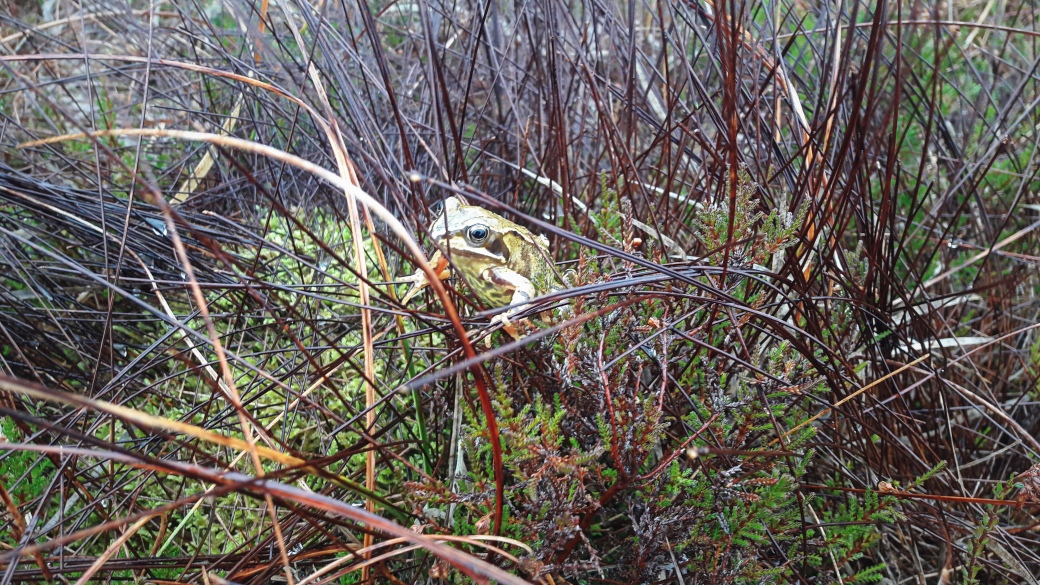 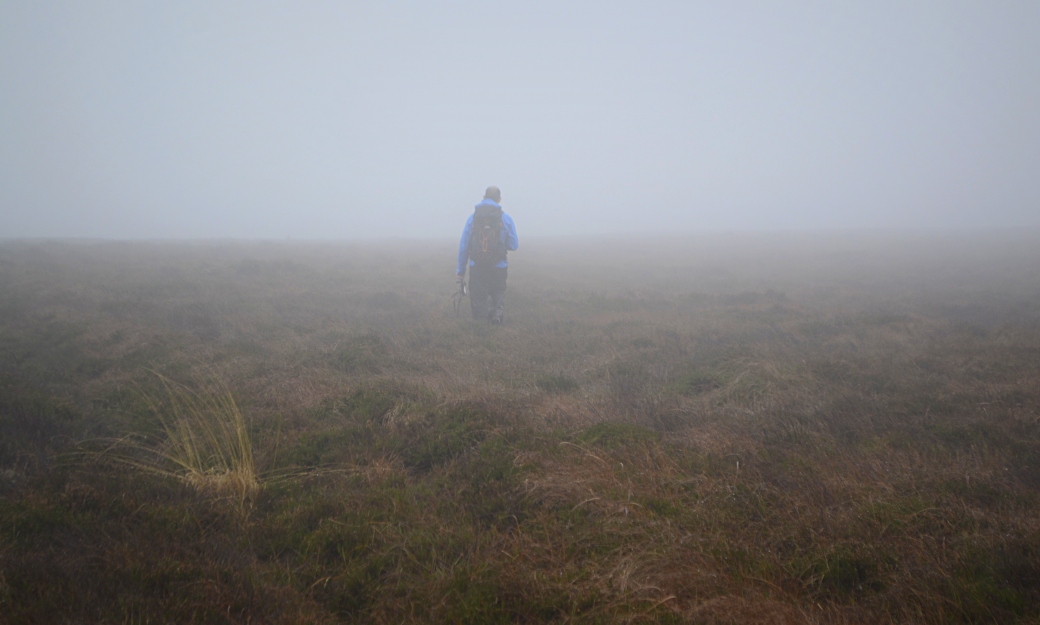 A final shot of Canice disappearing into the mist, which shows just how easy it would be to get disorientated up there on a day like that.

A last thing to mention was a great evening at the Mountainviews.ie annual Gathering in Dublin last Friday, which I attended with my friend Mags as we both had certificates to collect. I especially enjoyed listening to a talk by Paul Clements, author of The Height of Nonsense, a witty account of reaching the highest point in each of Ireland’s 32 counties, plus a more recent book on the Wild Atlantic Way which is now on my reading list. It was great to chat to Paul, a fellow Tyrone man originally, afterwards.

It was also great to meet other regulars from the website, especially another Tyrone man, Adrian McGlynn who has an excellent photography blog about hiking, landscapes and other sights around Ireland. I’ve been enjoying Aidy’s posts for a while and would definitely recommend giving him a follow.

Some of my earlier posts you might be interested in:
Slieve Beagh: Umpteenth Visit (a route from the Fermanagh side)
Ireland County High Point Round-up