I’ve been wanting to hike more waymarked trails and got a chance recently on part of the Antrim Hills Way.

This mostly off-road route runs for 35kms / 22 miles between the coastal village of Glenarm and the iconic, standalone Slemish, famous for its association with Saint Patrick.

Top image: A zoomed in view of Slemish, from our ascent of Skawt Hill

Most of the route also follows the Ulster Way, comprising one of its ‘Quality’ sections. I’d walked parts of the Antrim Hills Way before but the majority of our route was new to me. We left one car at our end point in Glenarm and drove south to the point where the trail crosses the Mullaghsandal Road (inland from Larne) and walked back to Glenarm. 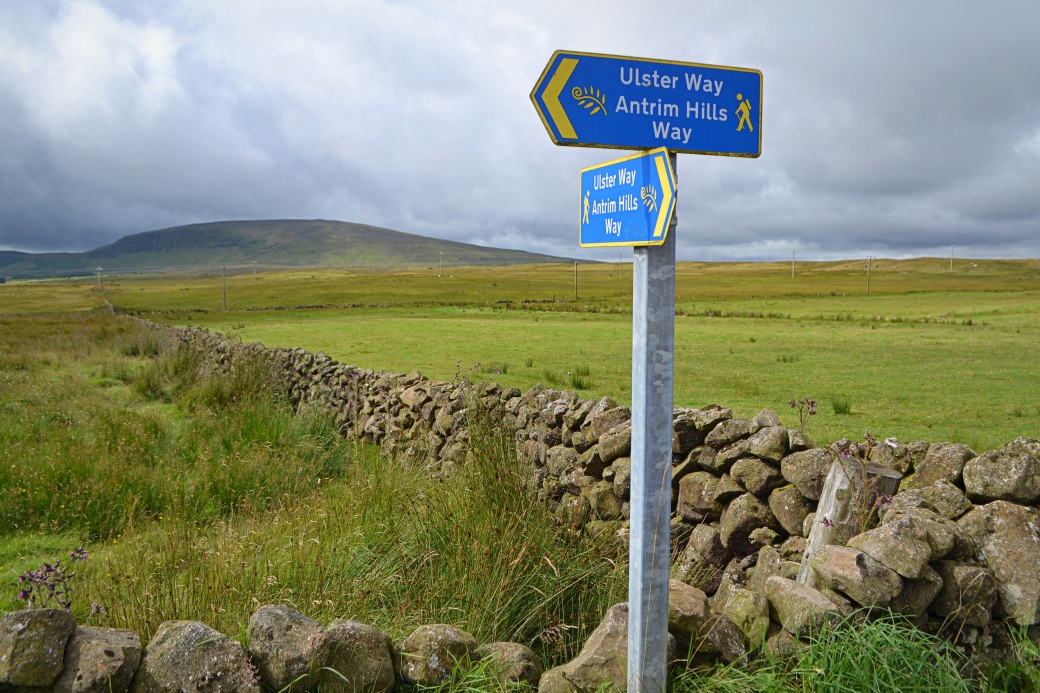 The start of our route, with Agnew’s Hill behind us in the distance. It’s the highest point of the entire Antrim Hills Way at 474m. I’ve often spotted it from across Lough Neagh.

Our route was well signed and generally easy going, following a line of relatively low hills inland from the sea, reaching a high point at Black Hill (381m). From there, a rather overgrown section leads downhill to the Feystown Road with a steep descent to Glenarm.

There were a few steady climbs but nothing too taxing. Despite predictions, the weather was close to perfect and we got some fantastic views: down over the beautiful Antrim Coast, across to Scotland, south to the Belfast Hills and inland towards the higher Antrim Hills and the Sperrin Mountains.

Other highlights included walking along the top of the two kilometre-long natural amphitheatre known as the Sallagh Braes, standing stones and links to HBO’s Game of Thrones. Here are some of the sights from the day.

Looking down on Ballygally Head, with The Maidens islands just visible beyond

The view behind us to the Islandmagee peninsula and Larne Lough; the edge of the Sallagh Braes can just be seen on the right

An information panel relating to a Game of Thrones filming location. I’ve never seen an episode but it was fun identifying the exact backdrop to the stills from the show.

Part of the route is also shared with the Ulster~Ireland section of the International Appalachian Trail (or Sentier international des Appalaches), which runs from southwest Donegal to Larne. 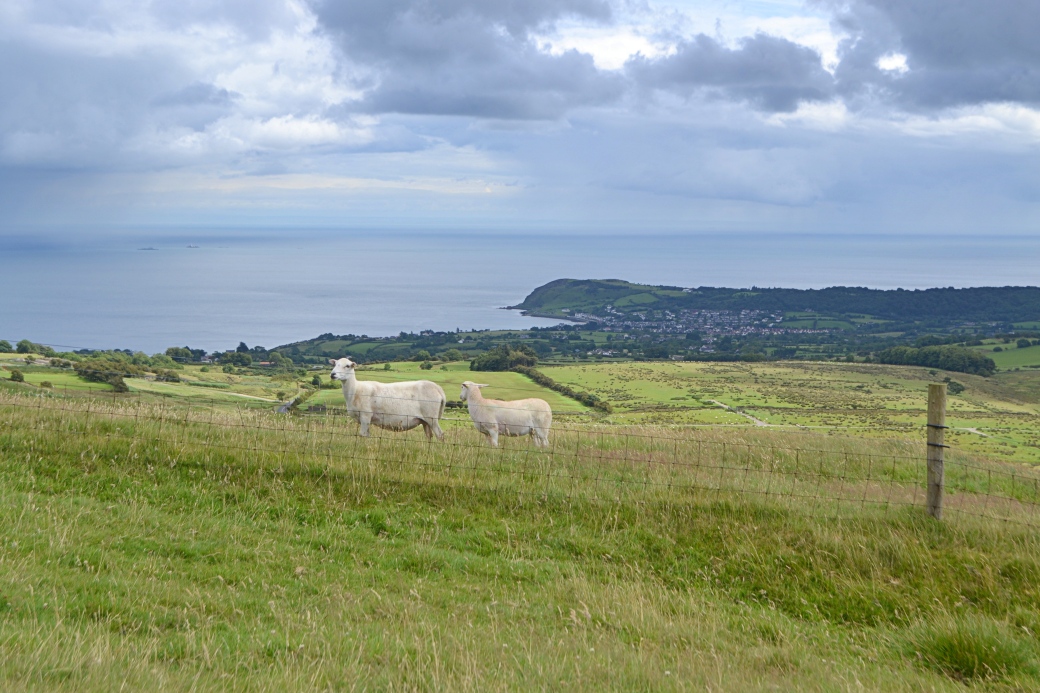 Grazing with a fine view of Ballygally Head 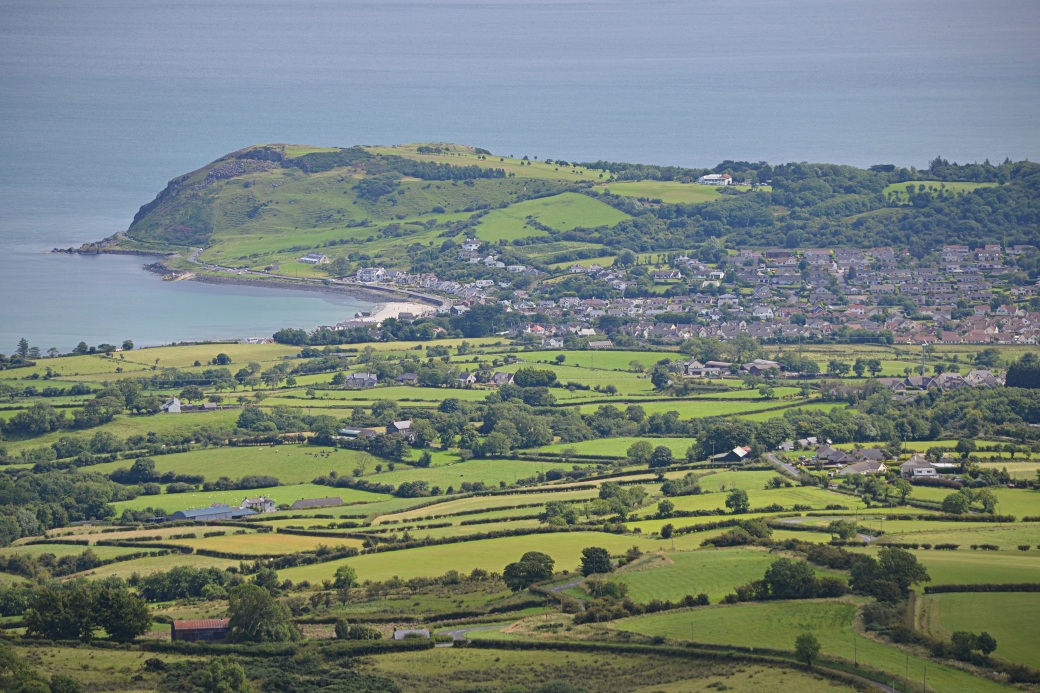 Zoomed in view of Ballygally Head and village 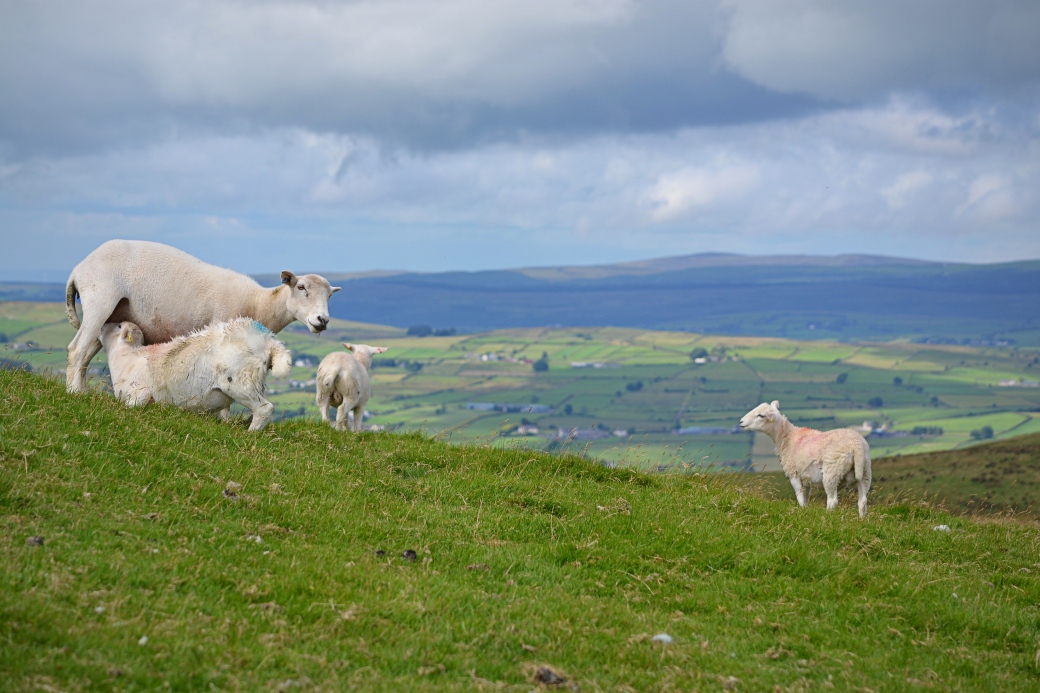 We passed this rather ‘unusual’ looking structure; it’s known as  Ballygilbert or Cloughogan Standing Stone (from the Irish ‘cloch ogain’ or ‘stone of the young person’)

Canice atop the trig pillar on the summit of Black Hill, with Garron Point on the left, further up the coast

Zoomed in shot of Scotland’s Kintyre Peninsula from Black Hill; you can make out the remote Mull of Kintyre Lighthouse left of centre

Another view towards Slemish, from Black Hill

A phone pic taken on the descent to Glenarm: who minds a bit of road walking with views like this?

In summary, a really enjoyable day out on the hills with mostly easy terrain and far-reaching views. I’d like to return some time to walk the remainder of the route to Slemish. I’d also like to spend more time in Glenarm, with a visit to its castle and a wander around its forest.

My friend Canice recorded this aerial map video route of our walk http://www.relive.cc/view/1109239919. It’s a fantastic app which I’ve been using for my recent cycles.

6 thoughts on “On the Antrim Hills Way”