I returned to one of my favourite Irish trails for a third visit recently.

My first experience of the Barrow Way was walking the section between Carlow and Bagenalstown back in 2015. I paid a second visit earlier this year to walk from Athy to Carlow.

I continued my journey along the route earlier this month on the slightly longer section between the County Kildare towns of Monasterevin and Athy (though most of this portion is in County Laois). This northern end of the trail doesn’t follow the River Barrow itself, but the Barrow Line of the Grand Canal.

The two actually meet at Monasterevin but the canal crosses over the river via an 1820s aqueduct then runs up to a few kilometres west of the Barrow until it finally joins it properly just south of Athy. This was due to the shallowness of the river until this point.

I probably would have preferred to walk a more southerly part of the route, beyond Bagenalstown where the river’s surroundings grow more dramatic as it heads towards the sea, but I chose this section because of its handy transport links. There are train stations in the towns at either end, although there isn’t a direct line between them (you’d need to change at Kildare Town).

A first look at the canal, on the way out of Monasterevin’s railway station

I wasn’t expecting this portion of the route to be too scenic, which proved largely spot on. I’ve walked parts of the Royal and Grand Canals as well (and cycled the entire Newry Canal) and they can be rather featureless in comparison to a living, flowing river. It was a mostly dull day as well which didn’t help. I suspect this would be a much more pleasant walk in spring or summer, or before autumn had passed its peak.

The canal also didn’t feel as secluded as the Barrow itself, with a back road running along the opposite side most of the time and houses on both sides for a good stretch.

Despite not being the most memorable day out, the grassy towpath is still a wonderful amenity (even though this section was wetter and muddier than I recalled along the river itself). Once again I enjoyed the luxury (rare in Ireland) of a flat, easy-going, traffic-free path where you can get lost in your thoughts, be they good, bad or indifferent. And there were a few highlights in the old stone bridges and in the pretty, canal-side village of Vicarstown.

I didn’t make too many photo stops on this visit (maybe not a bad thing) but these will give a taste of my day out.

Three bridges at Monasterevin: the canal viaduct over the Barrow, with the railway bridge beyond and road to Portarlington in the distance 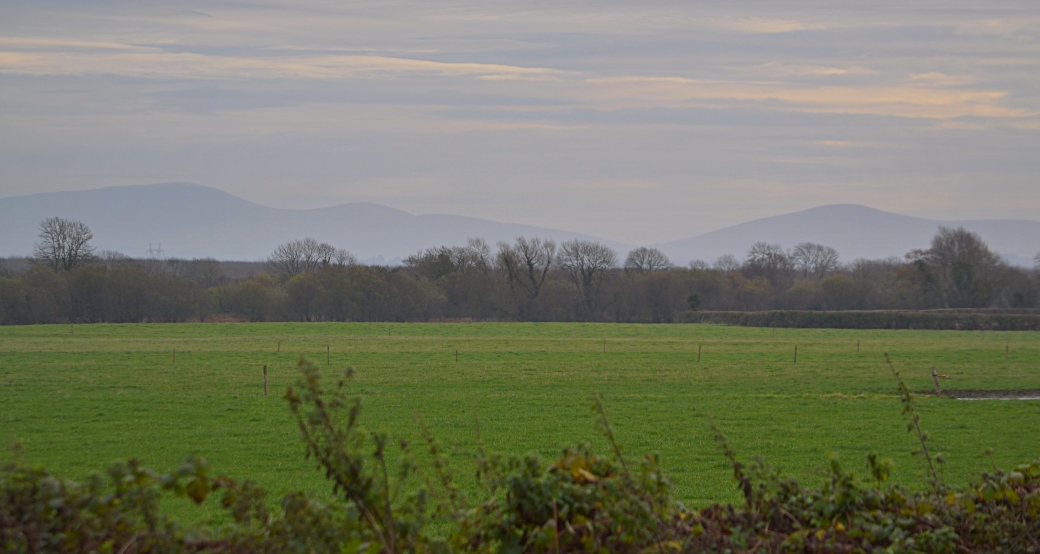 A distant view of the Wicklow Mountains to the east 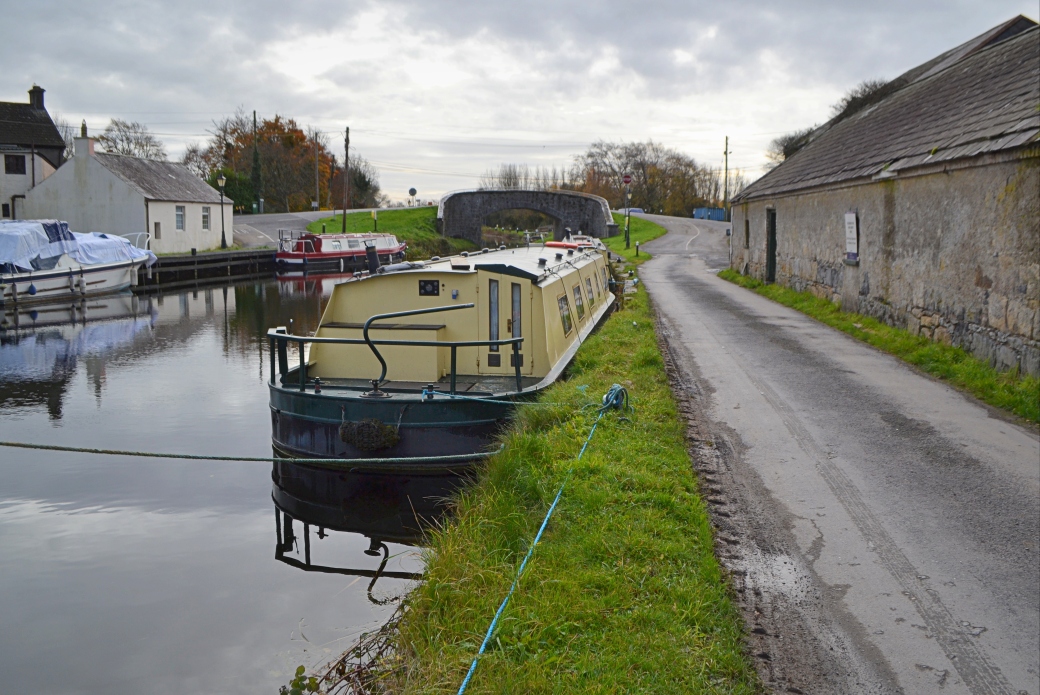 Approaching the village of Vicarstown 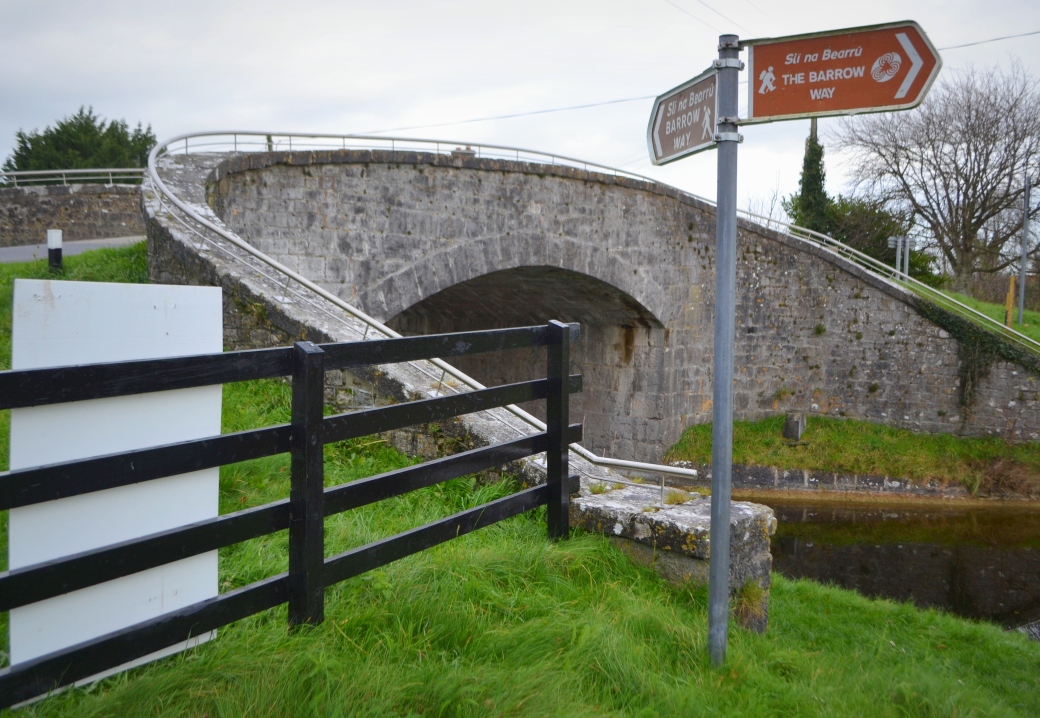 A closer look at the bridge at Vicarstown

A  stone bench (very much a rarity on this section) at Vicarstown carries a line from Patrick Kavanagh’s poem, Lines Written on a Seat on the Grand Canal, Dublin

A pleasant and fairly typical scene along the canal

One of the prettier bridges along my route

Overall, it was a satisfying day’s walking which I probably enjoyed more in hindsight than in the moment. I’m already looking forward to further visits to the Barrow Way, including the initial canal section between Robertstown and Monasterevin.

Total distance: 22.6km / 14 miles
Total time: Just over 5.5 hours (with not many stops)
More info: Barrow Way listing on IrishTrails.ie and the handy guidebook ‘East of Ireland Walks – On River and Canal’ by Lenny Antonelli

8 thoughts on “The Barrow Way: Monasterevin to Athy”