First blog post of 2021 and we’re in September. This time I’ll blame the tough lockdown earlier in the year and two bouts of injuries and recoveries (knee in February then knee again coupled with wrist in late June), also technical issues with WordPress.

I’d been feeling the cabin fever again lately and fancied getting away somewhere to do a long, flat walk to test the strength of my knee. After looking at options I decided on the Royal Canal path owing to its accessibility.

Top image: somewhere along the canal in west County Dublin

The eastern sections of the canal are very doable as linear routes if you’re travelling as I was by public transport; the Dublin to Sligo railway line runs parallel to the canal to Mullingar (though there’s a big gap without a station after Enfield). I’d previously walked the 19km section from Maynooth to Enfield via Kilcock back in 2015.

This time I settled on joining the canal at the Navan Road Parkway station with the aim of walking the (once again) 19kms or so to Maynooth. My reasoning for choosing this start point was simply because it’s the last station on the route that’s inside the M50 Motorway orbiting Dublin City, which would make it feel like more of an accomplishment. Successfully finding my way out of this very large and empty station proved to be the biggest navigational challenge of the day.

(As a slight aside, this was my first time properly ‘back in the EU’ since the end of the Brexit transition period at the close of 2020)

A lot of people don’t enjoy these towpath walks, or at least prefer to cycle them so they pass by quicker. Personally I’ve always liked the sense of covering a decent linear distance without having to worry about where you’re going or having to avoid vehicle traffic; you can just enjoy the nature or get lost in your own thoughts. I’ve previously posted about walking the River Barrow, further south, its grassy towpath a joy to walk on.

The early stages of my recent walk were more scenic and tranquil than I expected, considering they passed through the western suburbs and industrial areas of Dublin. This part of the route was generally more secluded than the section in County Kildare, which was in somewhat more open countryside, often with clear views of the trains passing by.

The selection of photos gives a feel for my route and the surprising variety of scenery and terrain underfoot. 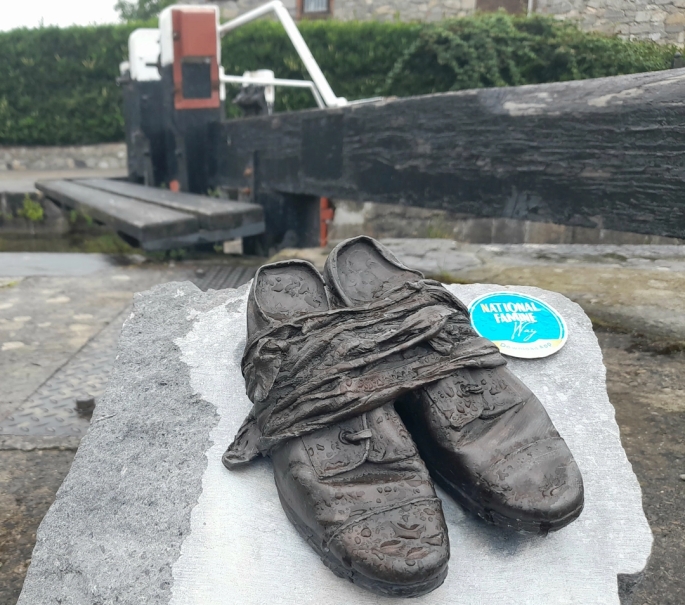 I passed a few of these shoe sculptures which mark the National Famine Way route between County Roscommon and Dublin; it follows in the footsteps of 1,490 people who were forcibly marched along the canal to Dublin and onwards to emigration in 1847 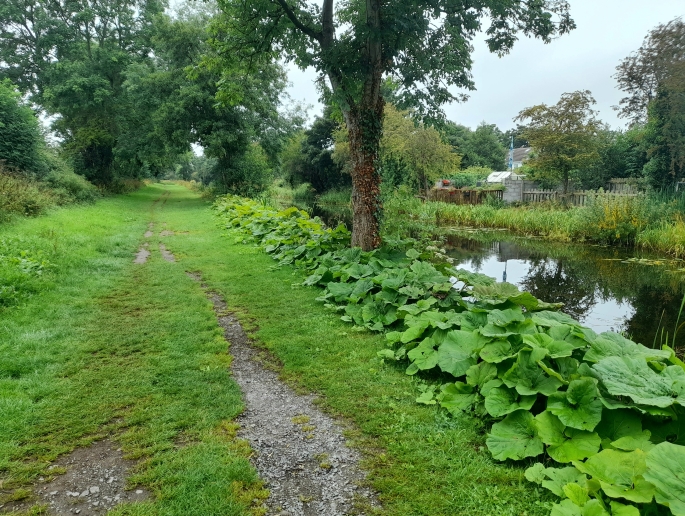 A grassy-underfoot stretch reminiscent of the Barrow Way

The canal bank was lusher and more colourful than I expected; the water lilies were a picturesque sight too 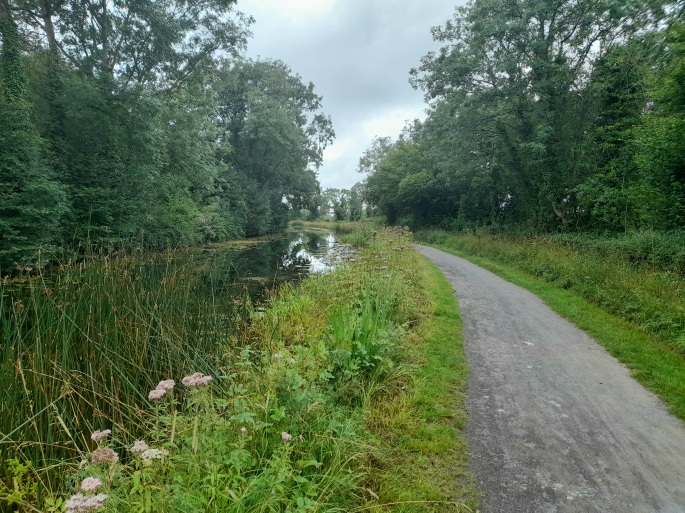 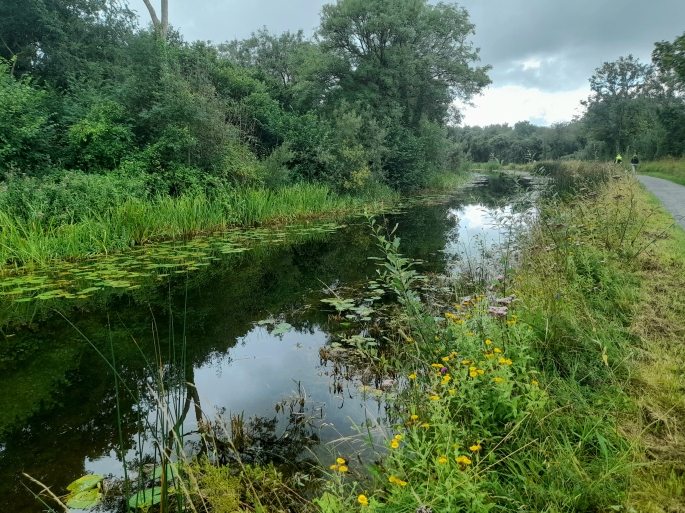 Much of the Kildare section was liked this: pleasing surroundings, perhaps with a gentle bend, but hard to pinpoint geographically in hindsight 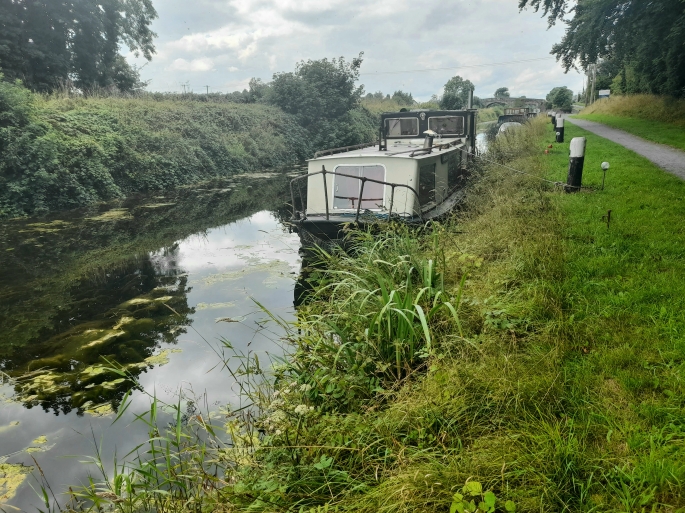 On the final approach to Maynooth

I’d considered ending the walk at Leixlip and jumping on a train if I was struggling but felt fine when I got there and made it to Maynooth tired but in no real discomfort. It really boosted me psychologically as it was by far the longest walk I’ve done since my last knee ‘episode’, which dented my confidence and left me very unsure on my feet, again. Maybe I’ll manage a respectable hill walk soon. I definitely plan to return to walk more of the canal, including the first stretch from the Dublin Docklands which looks doable in under three hours.