I visited beautiful County Sligo at the weekend for a catch-up with friends and got to  do a hike that had been on my list for years.

The intriguing Caves of Kesh (or Keash) are a series of gaping holes set in limestone cliffs part way up Keshcorran hill near Ballymote.

I’d first seen them during a tour of this part of Ireland in 2012 but didn’t get a chance to walk up to them.

The site has both archaeological and mythological significance, as outlined in this excellent post by archaeologist Neil Jackman. For instance, bones were found in the caves from animals present in Ireland towards the end of the last Ice Age, such as brown bear, Arctic lemming and wolves. The caves were also mentioned in the Annals of the Four Masters and have links with the legendary Fionn MacCumhaill. 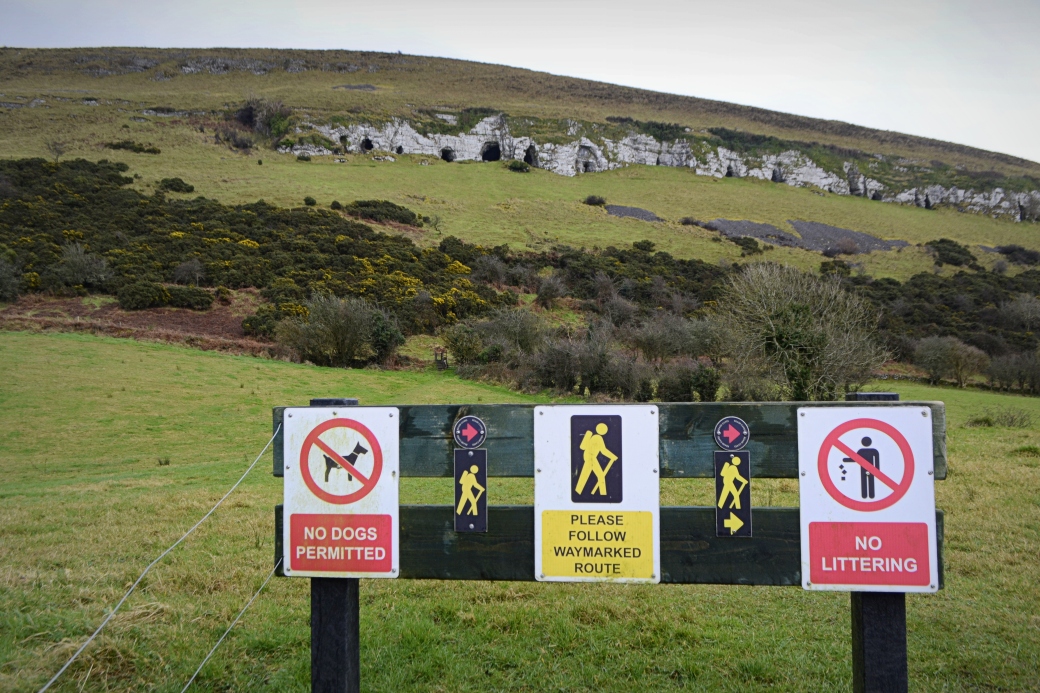 The start of the waymarked trail

We started from the small parking facility near a stile at the beginning of the waymarked route to the caves. This contours up the steep hillside and care is needed on a wet day like the one we had, but the walk only takes about 10 minutes. 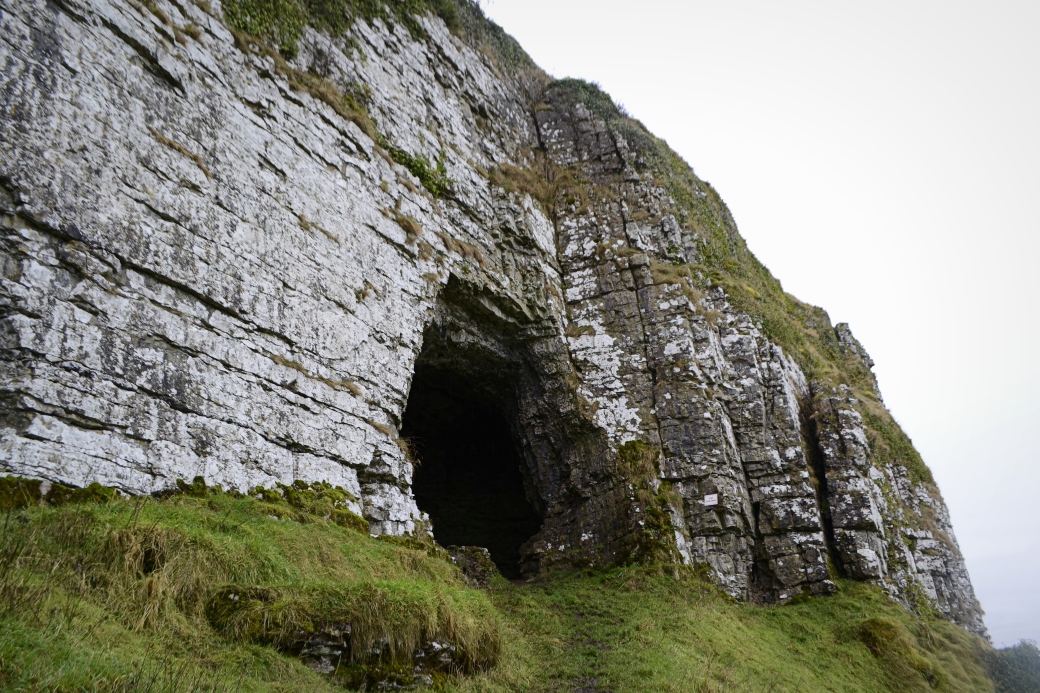 One of the caves we entered

We had a look inside two connecting caves. They were more spacious and airy than I imagined, though there was a narrow tunnel which you could explore if you were up for it; my friend Mags ventured part of the way in (with a head torch) before changing her mind.

For me, the main draw of visiting the caves was seeing the view out of them towards little Lough Feenagh, which from this height and angle resembles the outline of Ireland. In fact, on our way up I could identify ‘County Down’! From the caves, I think the lake looks like Ireland minus Connacht, unfortunate really considering its location in the western province.

We decided to continue to the summit of Keshcorran. For a relatively small hill (359m), it’s a tricky enough ascent, not helped by the challenging conditions on the day. The hardest part was a steep, muddy uphill trek along a fence, which was be even more arduous on the way down. After this we crossed a stile then stumbled over thick heather to reach the large prehistoric summit cairn.

Sadly we could see nothing from the top but on a good day the views seemingly include the tombs of the nearby Carrowkeel Megalithic Cemetery, Loughs Arrow and Key, and the mountains of Sligo and Mayo. I’d definitely return on a better day to see these as well as to explore more of the caves. There’s also a cross on the hillside which can be seen from the road below but we gave it a skip this time.

Still, it’s always satisfying to reach a new summit, especially one which can be ticked off on the Mountainviews.ie website. The listing for Keshcorran contains further interesting info on the folklore associated with the hill and its caves, courtesy of the user Wicklore.

Another view of Lough Feenagh on the descent; it looks a litte less Ireland-like from here

The views opened a little on the way down

6 thoughts on “Sligo: The Caves of Kesh / Keshcorran”