I paid a rare visit to the Mourne Mountains in County Down at the weekend for a hike that ended up being a lot longer and more challenging than expected.

We opted for the lesser visited, and boggier, western Mournes with the aim of tackling three mountains in a loop.

Our start point was the community centre and GAA grounds just to the west of Attical village. From here we headed north along Sandy Brae and onto a track which eventually brought us to Batts Wall, a handy navigation aid just like the more famous Mourne Wall. A steep trek uphill took us to the summit of Eagle Mountain (638m), where we had lunch in the shelter of the wall.

A brief walk with little height loss took us to our next target, Shanlieve (626m). Conditions changed abruptly here with the clouds closing in until we could see only a short distance in front of us. This led to us going well off course on an already long, boggy and tiring hike to Finlieve (578m). This peak, the only one of the three I’d yet to tick off on Mountainviews.ie, was easily accessed via a short climb from a welcome track and offered some stunning views in the evening light.

We headed downhill via the long track but, owing to some well meaning but ropey advice from a passing local, opted to cut cross-country back to our start point. This took some distance off our route but ended up being a lot more awkward, muddy and prickly than we’d been led to believe. It was well after 7pm and pitch black by the time we reached the car with the help of our head torches.

Below are some of the sights from a day in the hills that had its fair share of ups and downs. 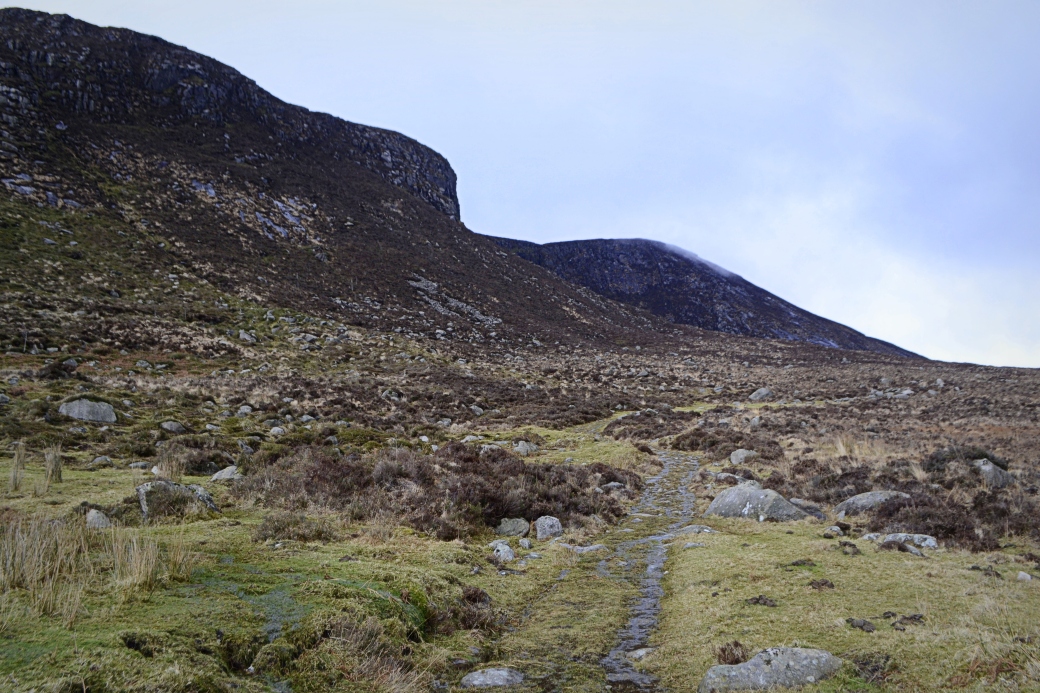 Following the track up to Batts Wall, with a line of steep cliffs on our left

A backwards glance before we reached Batts Wall; on the right in the distance are lowly Aughrim Hill and Knockchree

Looking over Batts Wall towards the twin-topped and unfortunately named Cock Mountain; its craggy, lower sibling Hen Mountain can just be seen to the left

Eagle Mountain’s summit cairn, with some of the central Mournes peaks beyond 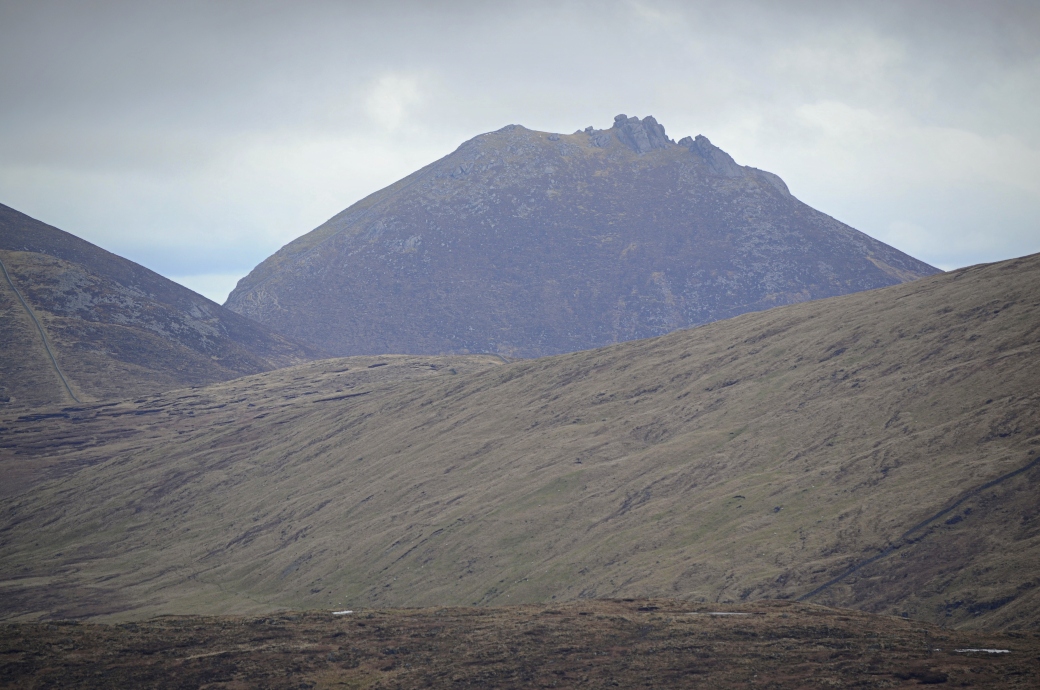 A zoomed in shot of mighty Slieve Bearnagh and its granite summit tors, taken close to Eagle’s summit

Slieve Donard, the daddy of the Mournes, with a good dusting of snow 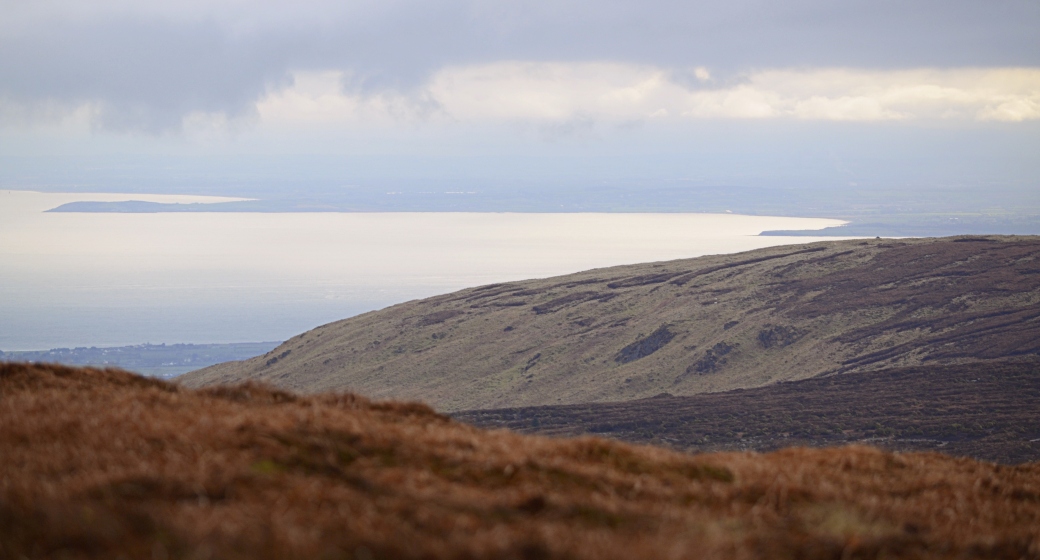 A view down Ireland’s east coast just before leaving Eagle Mountain; the prominent fingers of land are Clogher Head on the left and Dunany Point on the right, both in County Louth

The summit of Finlieve gave a unique and stunning perspective over Carlingford Lough: County Down culminates with Cranfield Point on the left with the eastern end of Louth’s Cooley Peninsula on the right

Some of my earlier posts you might be interested in:
Slieve Beagh: Three Counties and Countless Frogs |
Sligo: The Caves of Kesh / Keshcorran |
Sperrins Photo Blog: Vinegar Hill Loop