I enjoyed revisiting the Sperrin Mountains during the walking festival covered in my previous post, so paid another visit two weeks later.

On this occasion we explored one of the biggest areas of forestry in the range, Glenlark Forest. It wasn’t the longest or most dramatic of hikes but it’s always good to tread new ground and get a fresh angle on familiar views.

Top image: The view towards the peaks of Dart and Sawel after emerging from the forest

Our route ran to the west of, and largely parallel to the lonely road heading north from Broughderg towards the Glenelly Valley. We left one car at the top end, beside little Lough Lark, and drove south past Doraville sheep station to leave the second car by a bridge over the Coneyglen Burn.

A short road walk to start with

From here we walked back up the road a short distance before turning onto boggy, open hillside and following the northern edge of the unnamed block of forestry leading up to the charmingly named summit of Spaltindoagh (420m). Located just to the south of Glenlark Forest, this would be our high point for the day. I’d ‘tackled’ this peak many years previously for the simple reason that it’s listed on www.mountainviews.ie.

From here we headed downhill and into Glenlark Forest, trying to stick to firebreaks to ease our passage. As ever in the Sperrins, the terrain underfoot was spongy and uneven but I still enjoyed covering ground that I imagine few people ever visit (probably with good reason). 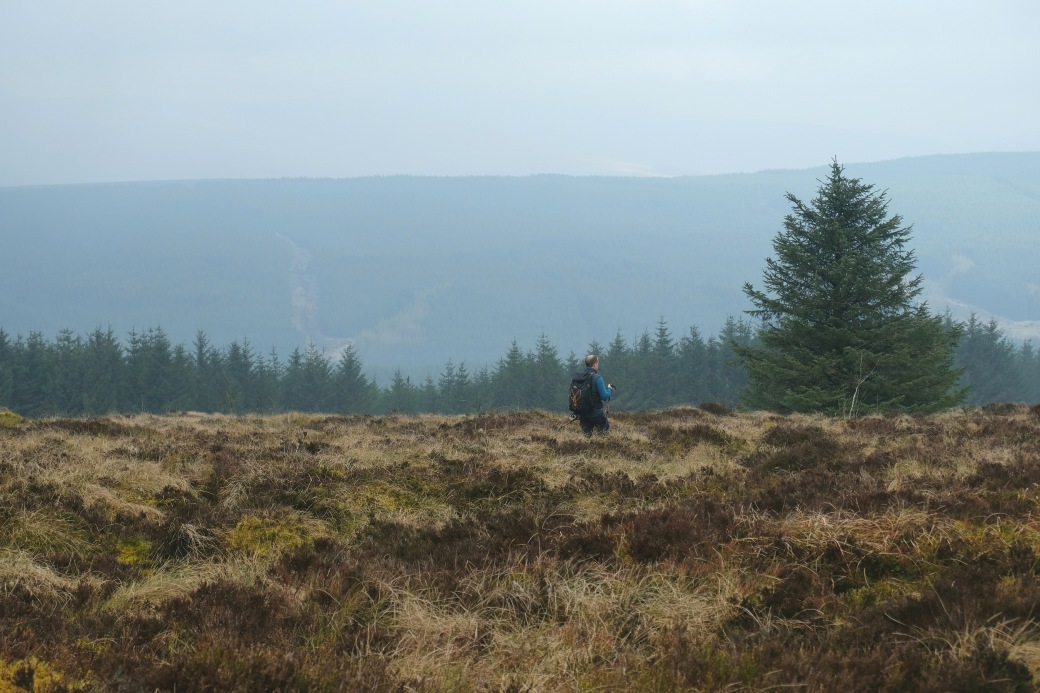 Descending through the forest; the ridge we would climb later is in the distance

After a while we met the first of the two parallel tracks running through the forest, a welcome return to level ground. We followed this eastwards before turning left onto a connecting track leading downhill towards and over the Glenlark River via a ford. From the map, I’d pictured a quaint old stone bridge but the ford still provided interest in creating a small waterfall.

The ford over the Glenlark River

As an aside, both the Glenark River and Coneyburn Glen mentioned earlier are tributaries of the Owenkillew River, itself feeding into the River Foyle system which drains much of Counties Tyrone, Donegal and Derry.

Walking uphill from the river and looking back on our route

We headed uphill again and met the second track before stopping for a lunch break. We could have followed this track all the way back towards Lough Lark but wanted the extra challenge of seeing the views from the ridge on the northern side of the forest. We headed directly uphill, making use of a gap in the trees alongside a stream, before making a final push straight through lichen-covered trees for the last couple of hundred metres. 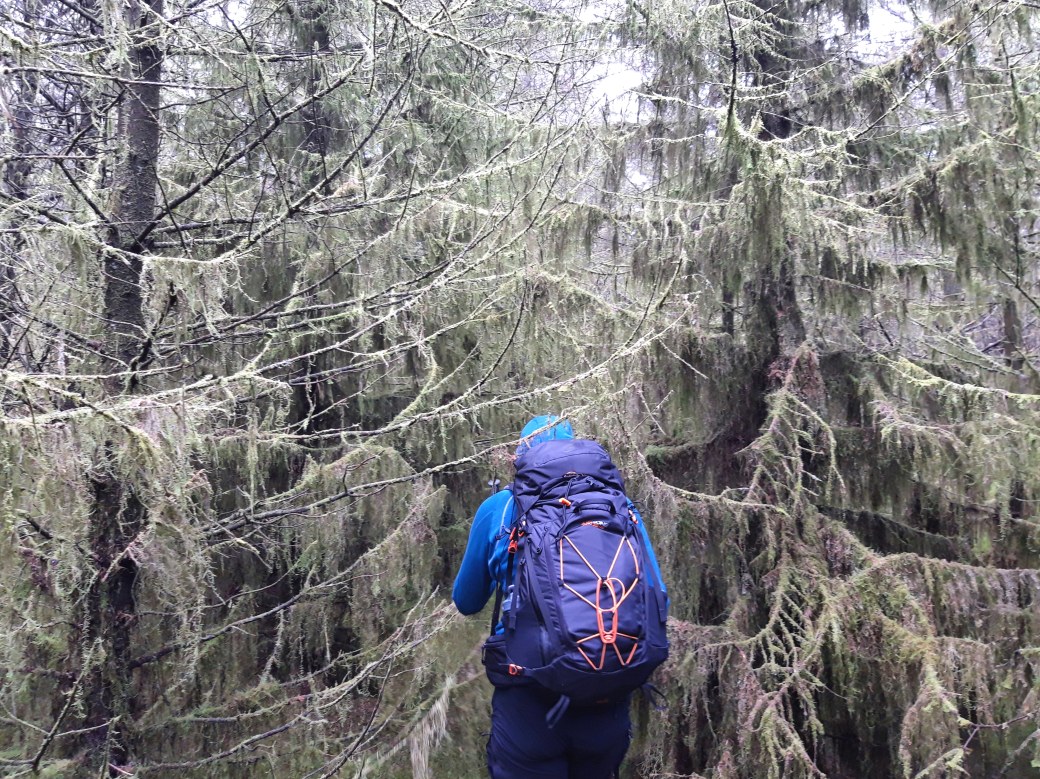 All part of the fun

When we emerged into daylight again the views were fantastic. We were standing on the ridge of hills on the southern side of the Glenelly Valley looking straight over at the higher peaks of Dart and Sawel, the latter the highest in the range at 678m. We could also see the small village of Cranagh on the main road through the valley.

Me enjoying the views north across the Glenelly Valley

After taking time to appreciate the views, we headed eastwards along the ridge towards and past the minor summit of Corratary Hill (383m). Once again the terrain was far from enjoyable but there were some fine, if overcast, views along both sides of the valley. These included Carnanelly (562m), the highest peak on this side, which we’d visited on the previous hike.

Looking eastwards along the Glenelly Valley from Corratary Hill; the forested hill on the right is Mullaghbane (467m)

When we finally reached the north-east corner of the forest, it was a handy walk downhill to the road and back to the car.

Here’s the aerial video map of our route created via Strava and Relive.

Some earlier posts on hiking in the Sperrins:
Back in the Sperrins 1: Reliving the Flight of the Earls |
First Hike of 2018: Mullaghclogher via Father Devine’s Well |
Snow in the Sperrins, Christmas 2017: Mullaghsallagh |

6 thoughts on “Back in the Sperrins 2: Glenlark Forest”